This means that I will be here until I go home. Elder Whiting will be my last companion. This will be my last city and all things will be fantastic. I am looking forward to this transfer so much. There will be miracles my friends. There will be miracles and magic. I am so happy, because I know this is what God wants me to do. I am going to sprint to the finish and I am going to be happy.

As far as this week, know that it was exhausting and super duper fun. We had a bunch of people and families that came out of no where and decided they wanted to be baptized. Awesome. We can help with that :)

This week I was trying to work with some problems and questions that I had and I received the answer. It was very simple, but very powerful.

Alma 36:1 "Inasmuch as ye shall keep the commandments of God ye shall prosper in the land"

Love you all so much and I hope you are having the times of your lives.

Sorry, this will be the fastest email ever. Sorrynotsorry.

Things:
1. Our investigators are rocking it. They are rocking all sorts of socks and everything. They are progressing and making a lot of changes, which is hard for them, but they are doing good. We have three people that are on track to be baptized and they are surrounded with so many miracles it is insane. We love them so much.
2. So my actual birthday was super good as well. I have had so many cakes this week I never want cake again. It was super nice though. I also got a super cool wallet thing from a cool member here! Cool.
3. Went on splits this week with Elders Weaver and Watson. It was fun to be back with them again and it was super crazy. They have both progressed so much and that is awesome! They have gotten so much better from the last time I was with them.
4. We had Zone Training this week. That was so good. Our zone is on fire and the training went super well. We also ordered Indian food out so that was nice.
5. We also met with a new girl and she accepted a baptism challenge the first program and a baptism date in the second program. Crazy cool!
6. We went on a trip to Hodmezovasarhely on Saturday. That was fun! We met with a bunch of members and investigators there. It was fun. But kind of tiring.
7. Sunday was beautiful. We found a family. Life is beautiful.

All the loves,
Neely Elder.

This week has been so so so miraculous. Like, I can't even. We have seen so many miracles and it has been the best week of my mission so far.

We are teaching this family. They are so cute and so good and they have experienced so many miracles. So many. It honestly makes my day to just be with them. Last night we met and we asked them how they know these things are true and the woman said, "one night I prayed and asked God to give me a sign. To let me know if I should continue on this path. That night I received my answer. I know I am where I need to be." You could say I was happy.

Other things from this week:
* A less active member telling us he never wants to meet with us again. Okay. Cool
* Talking about eternal marriage with the above family and them starting to plan how they are going to travel there.
* A man telling us that rubbing tea-tree oil on your face will clear up our acne. Thanks?
* Streeting an American and his Turkish friend. WE WANT THEM TO BE OUR FRIENDS.
* We had a party this week. As in, the branch put on a party and it was popping. It was crazy. But super fun and we actually got a lot of success from it. Super cool. We didn't dance, but the temptation was real!

So that was basically my week. The only other thing is that this week, we made pumpkin pie from scratch.....it was a success.

Love you all from the bottom of my heart,

Pre-Transfer: We visited a couple of people and said goodbye to some peoples and played some games with the other missionaries (hiszen it was New Years Adam).

Transfers: Hung out with some of my beloveds and ate lunch and did a little shop-di-shop. Picked up Elder Whiting and dealt with the horrifying thoughts of luggage (I hate luggage).

Wednesday Afternoon: Went home. Talked to Elder Whiting. He is probably the most humble and Christ-like person I have ever met. It is going to be amazing serving with him. Then we joined the other missionaries for some din-din and some games and then unpacking and then opening vegyes letters then sleeeeeeeeeeeeep.

The First Day of the Year of our Lord Two-Thousand and Fifteen: This day was full of chilling and naps and writing letters and then we had a program with an investigator named "T". He is the coolest. We like him a lot. So classy and way accepting. He just can't meet until forever. Gaz.

Fancy Friday: Went running. It was icy, but somehow, I survived (still marveling at how). This day I said to Elder Whiting, "These last couple of days have been pretty slow, but today will be normal Szeged day." What proceeded was the most unusual day to hit me in Szeged so far. Had a program with a new member and he proceeded to act as though he were high. Great. Then went to another program with a member. Didn't let us in, instead he decided we could talk about the gospel as we walked to the store to get his groceries. Nice. Went to find another member and the house didn't exist. Wonderful. Went to our next program, which was actually just us giving a blessing to the Sisters' investigator. Special. The last one actually was really nice. And District meeting was phenomenal.

Saturday or in other words DOOMSDAY: We started off this day on a good note: Sports Nap in the snow.  NBD. N...BD. It was pretty fun. A member brought a pineapple with sunglasses and told us to attack the pineapple. Cool. Then we had a nice program that didn't show up later. Then after that we went to a program we had planned. We couldn't find the blasted street (first we thought she said Szilleri Sugar Ut, but she was actually meaning Szilleri Sor). So we get caught in this little neighborhood and BAM. I ran into someone. I, (Elder) Levi Jordan Neely, have crashed a mission vehicle.
No one was hurt, the car isn't even that bad, but the cops were called and things were evaluated and now I have a fine for 15,000 Hungarian Forint. LOLOLOLOLOL. This whole thing means a couple of things. 1. I can no longer drive a mission vehicle. Ever. 2. Because Elder Whiting doesn't have his license yet, we will no longer be able to drive at all. You could say it is a bit devastating, seeing that almost all of our investigators live about twenty minutes away by car. BUT. We are trying to be positive about this. So we are getting excited to learn our way around the public transportation system. Yay.

Vasarnap: We had church. Church was so good. We have a family that is investigating and the mom is trying to quit smoking and the testimonies were for sure directed at her. Then during the third hour one of the members took her out and just had a heart to heart with her and it totally changed her perspective and gave her such strength. Then afterwards, we gave her a blessing and it helped her. It came from God and she felt the Spirit. I have been thinking a lot about the scripture in Moroni 7:35

"And now, my beloved brethren, if this be the case that these things are true which I have spoken unto you, and God will show unto you...that they are true...has the day of miracles ceased?"

My friends, the day of miracles has not ceased :)
We finished the week with biscuits and gravy and brownies.

I am a happy boy. I love my life and I am so grateful that I am a missionary. Keep doing the great things that you are doing. Keep living the good lives you are living. I love you all so much and I am so blessed to be your friends and your family and. I love you :) 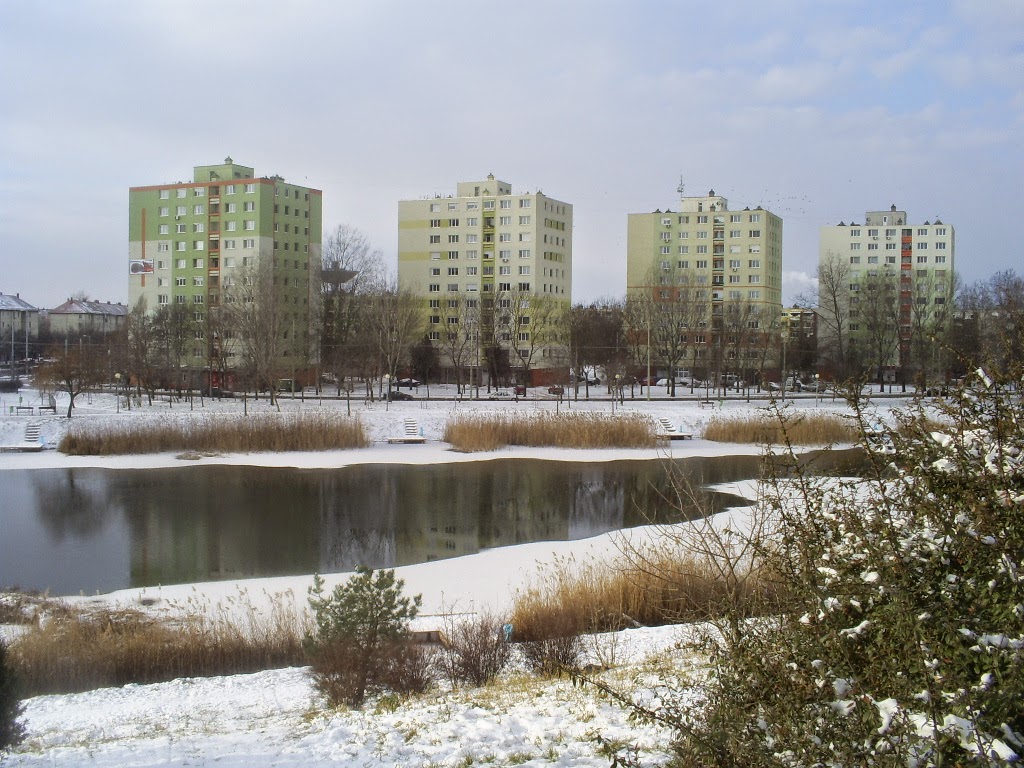 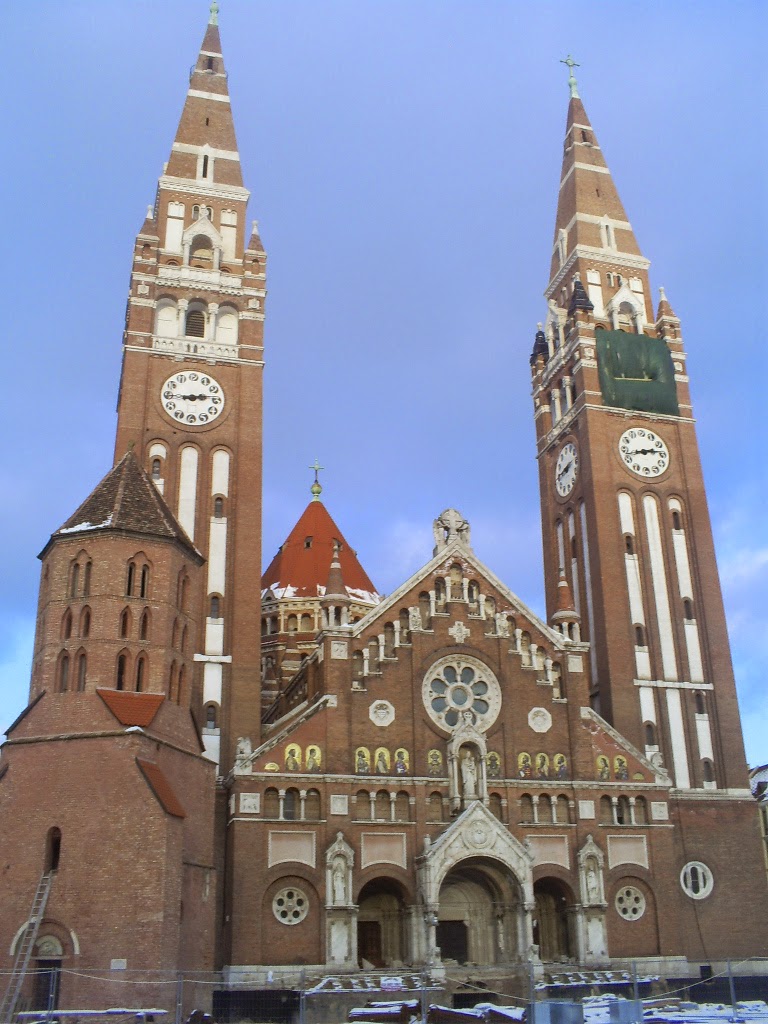 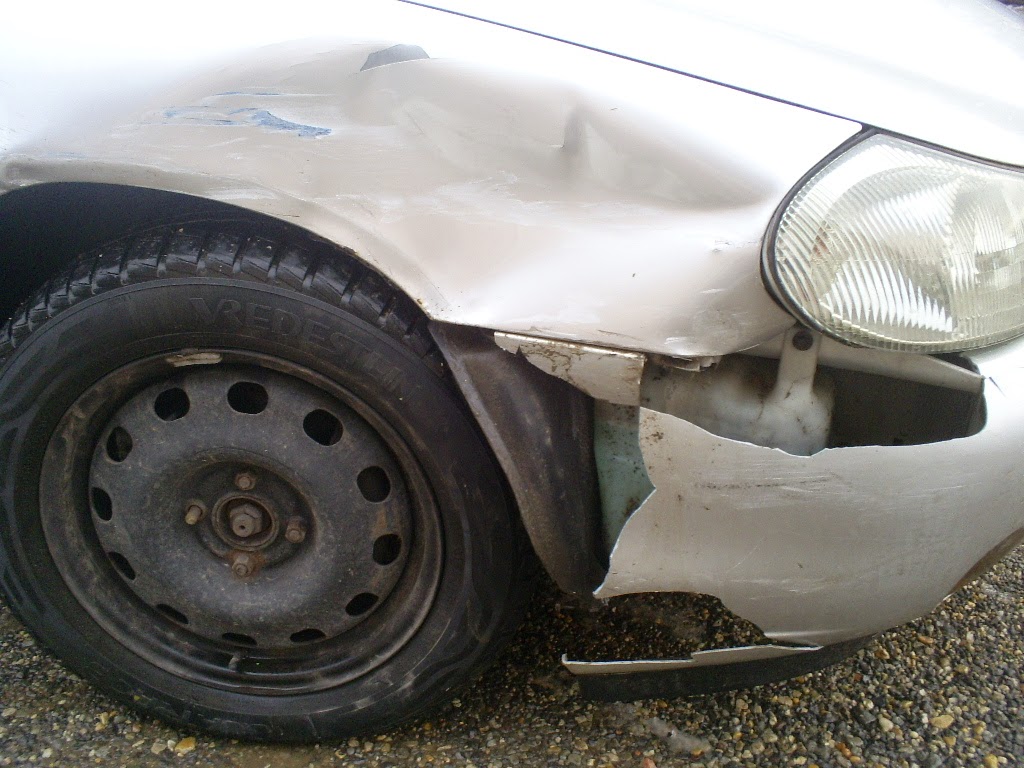 Posted by Unknown at 1:22 AM No comments:

Let's start off with the good news.

The Holidays were FANTASTIC. Every single day, we spent with someone that we loved. That was awesome. We got some very traditional Hungarian food (Halaszle FOUR DAYS IN A ROW) and I have never wanted to not eat so bad in my life.

Spying was great. Seeing the family is fantastic as always.

Mostly, because I hate change. Why does change have to suck so much, you know? I was in the shower and I heard Elder Nyman talking on the phone to someone, and BANG, I knew something was happening. I came out in my towel (LOL) and I talked to President. Elder Nyman is going AP and I am getting Elder Whiting as my new companion.

Initial Reaction: Absolute joy at staying in Szeged. I love Szeged with all my heart and soul and I am so glad to be staying. Especially because we have so many great things going on. But absolute devastation that Elder Nyman is leaving. He has only been with me for five weeks. Gosh. I really like Elder Nyman and he has helped me become such a better missionary. For that, I am so grateful.

Post-Initial Reaction: I have to go to Budapest tomorrow. I have to cancel all of our programs we had planned, because we were 100% sure that we would be staying. We have to say goodbye and pack and. Sad.

But in all reality, like this will be okay. Elder Whiting is super awesome. I have heard so many good things about him, so I am excited for that. I am also so happy to stay in Szeged, it will just be weird.

This transfer has been the start of something new. Something fantastic. I am excited to get to work with Elder Whiting and just go HAM. It will be great. Thank you all for your support and love and emails and everything. I love each and everyone of you. Keep doing the things that you are doing great things.

Love you all lots, 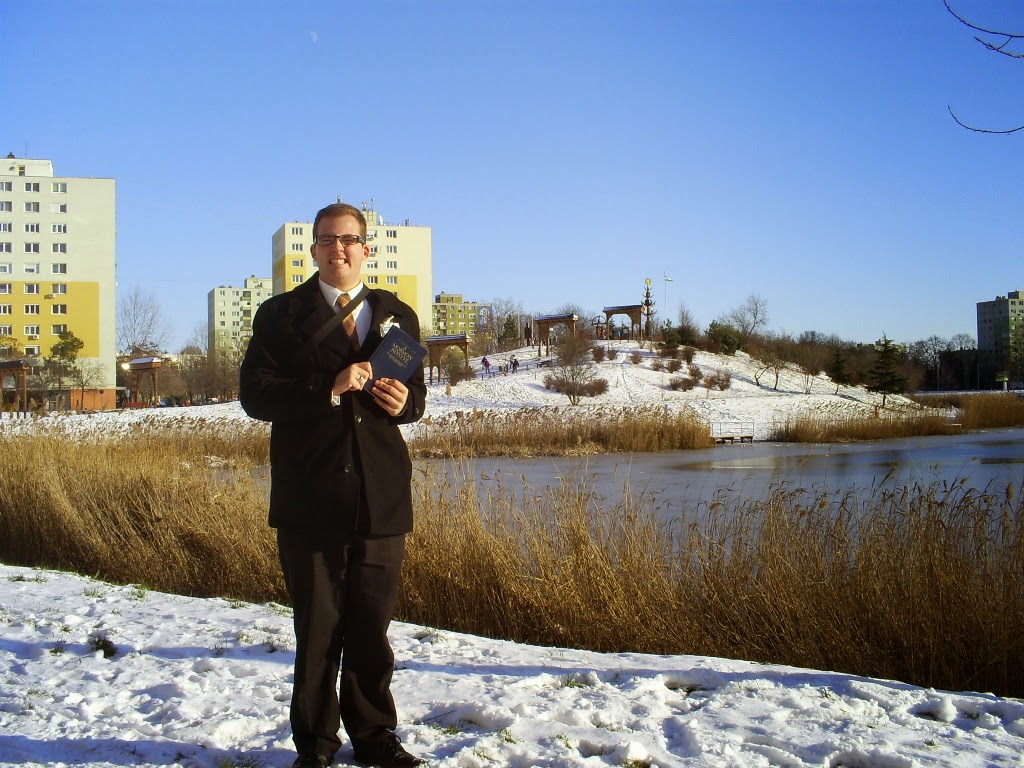 Posted by Unknown at 2:48 PM No comments: