Dearly Beloveds,
Herrosztok!
Okay. As for this week. You could say that it was probably the coolest thing in the entire world. On Monday we met with a couple of people. Then all of a sudden one of our investigators just comes barging into the program and says, "Hello boys. I have just given back my Book of Mormon to the Branch President. I am fleeing the city. I am going to immerse myself in the world and abandon this search for God!" And we were like..."What?" Then I was like, "By the way. You had a question about the Word of Wisdom. Here is a scripture for it." And he was like,"OH THANK YOU SO MUCH I LOVE IT WHEN I GET TO READ THE SCRIPTURES AND GET CLOSER TO GOD!" LOLOLOL Blake Elder and I were dying. So funny.
Then on Tuesday, we met with this new couple. They are so cool. The one is a lawyer and the other a soldier and they are both so cute together. They were so nice and just really wanted to learn how they could be a better family. HELLO. Our calling in life. It was super cool.
Wednesday was also super cool. We fasted with "R" and it was super cool. More on that later. Wednesday was the RCLA day. We met with a lot of cool less active members. It was nice to talk with them and try to help them come back to Church.
Thursday was a straight up miracle! So we started by visiting "G" (a super cool Bacsi). Then we visited this young mom. It was super short program, but it was so good. She just really wants her little baby son to have a good bringing up. Hello! This is why we are here :) Super cool. Then we went to meet with "R". We were late to his program a little bit, but when we came up he had fruit for us. Then we went into the room, sat down and started by asking how the fasting went. When it got to Blake Elder, he asked, "Well, did you get an answer?" and "R" said "first talk about how the fast went for you and then I will talk about that." Then he talked about how during the fast he could really feel the difference that we were all fasting at the same time for the same purpose. He was like, "I could feel the power from that." Then we asked him if he got an answer. He said, "I was praying and I felt so powerfully that this is really what God wants me to do. Yes. I want to be baptized. Very much so. "HE IS GETTING BAPTIZED ON WEDNESDAY THE 25TH. Miracles are real you guys! They happen! This is seriously the greatest thing ever. I was just flying on clouds and light and just so cool. God is real. So cool. Ah!
Friday we had Zone Conference. It was so good! I got a lot our of it and I am super excited about the changes that I am making from this conference. It was super good.
Saturday was "A's" baptism :) So great!! We had a nice small group there. Every single person that was there was either one of our investigators or a less active member that we were trying to work with of just a cool member. It was awesome. So cool. She is fantastic. Everything went perfectly and I just felt like that is how Heavenly Father wants us to feel. In that pool from 10:00-11:00, we experienced Heaven.
On Sunday I got to confirm "A" (which was terrifying btw) and it was just swell! I am a happy guy!
Guys. I am happy. I am so happy. I am happy as anyone could reasonably be :)
I love you all. I hope you have a wonderful week! I love you all so much!
Love,
Neely Elder. 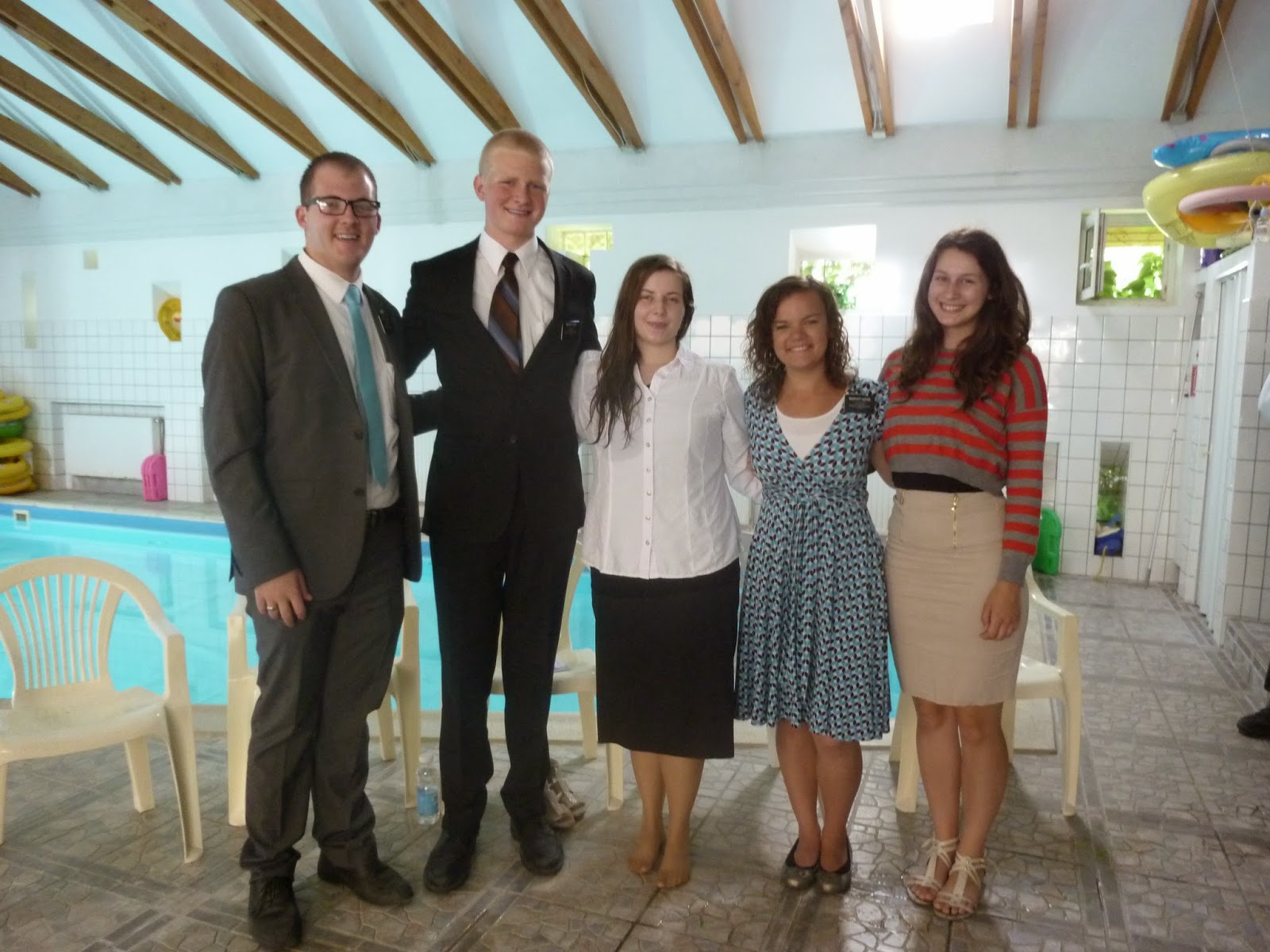 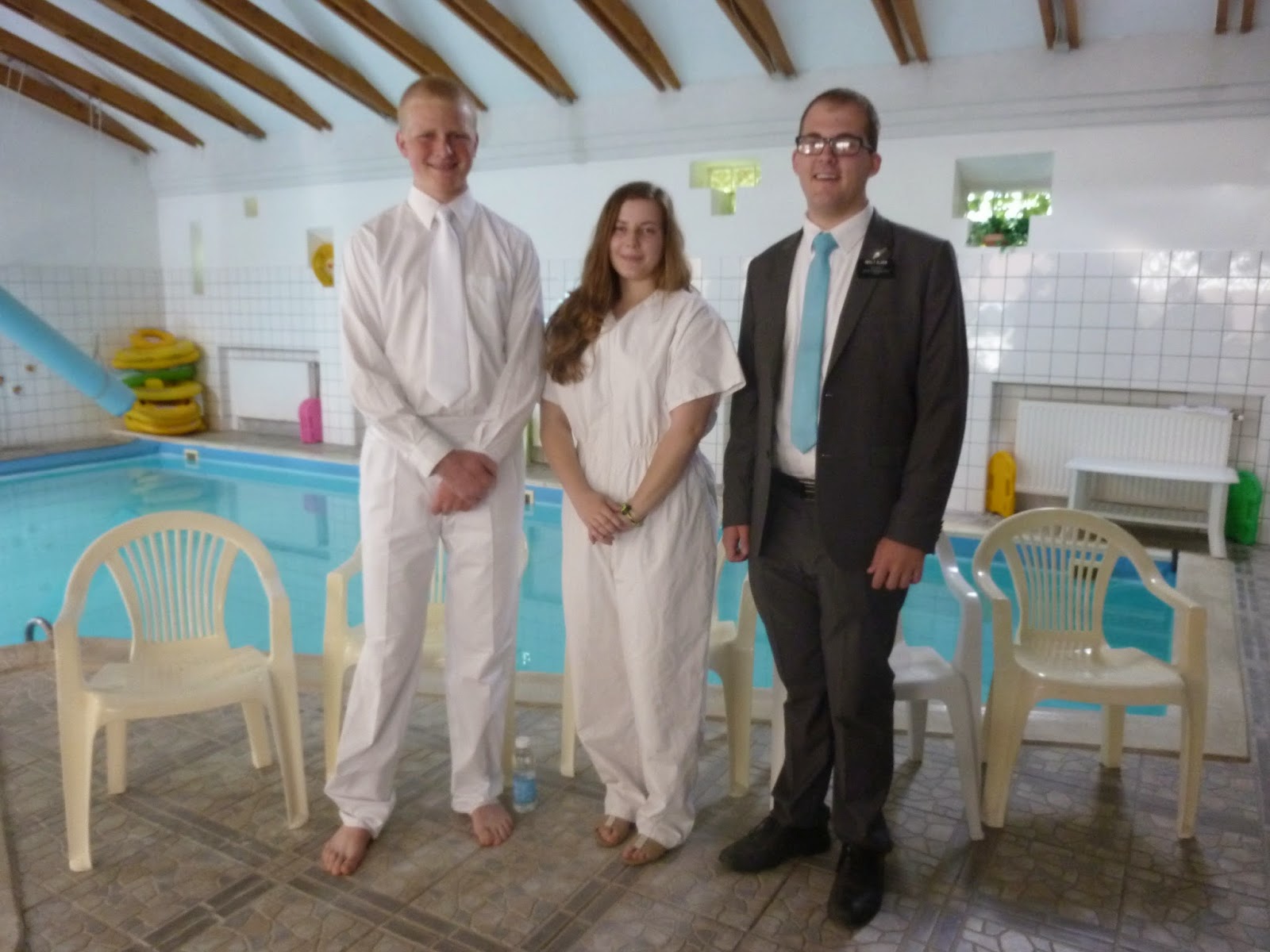 Posted by Unknown at 1:41 PM No comments:

Dear errbody,
This week has been pretty good. And also pretty sucky sometimes. We got dogged (when someone doesn't come to a program) a lot this week and we thus had to do a lot of finding, which is usually not too terrible, but this week everyone was being super rude. We tracted a street that we have nick-named "The street from HELL", because everyone is from Satan and just yells at us and calls the cops on us. I mean seriously people, what is the worst I could do? Outside of that though, this week has been beautiful for a couple of reasons.

1. This week I went on splits with Elder S. He was with us in Kaposvar. I love him! It was probably the greatest day ever. It was just super cool. While on that split we went and visited a cool guy that we had planned to go back to. He is probably the coolest being on the planet. We went and visited with him and it was just so cool! I like him a lot and I am super excited to teach him more.
2. This next week will be the first baptism that will happen with one of my investigators!! I am so excited for her. She is easily the most stellar person in the world. So cool. I am so excited for her. She is walking into that water with full confidence and she will be the best member ever. So cool. I will tell you more next week :)
3. We also met with R. He is super cool. He knows everything and he only now needs to make the decision to be baptized or not. It was super cool, because I felt prompted to do something kind of different than I usually do. We are making this the R. week. We are talking to him everyday and he is reading and praying everyday for an answer. Then on Wednesday we are fasting together and on Thursday we are meeting and he is going to decide then. He accepted the challenge and the cool thing is that I feel really calm about all of it. Usually I am excited or nervous, but this time...I am just calm and I know whatever happens will be what the Lord wants. I is a super weird, but cool feeling. 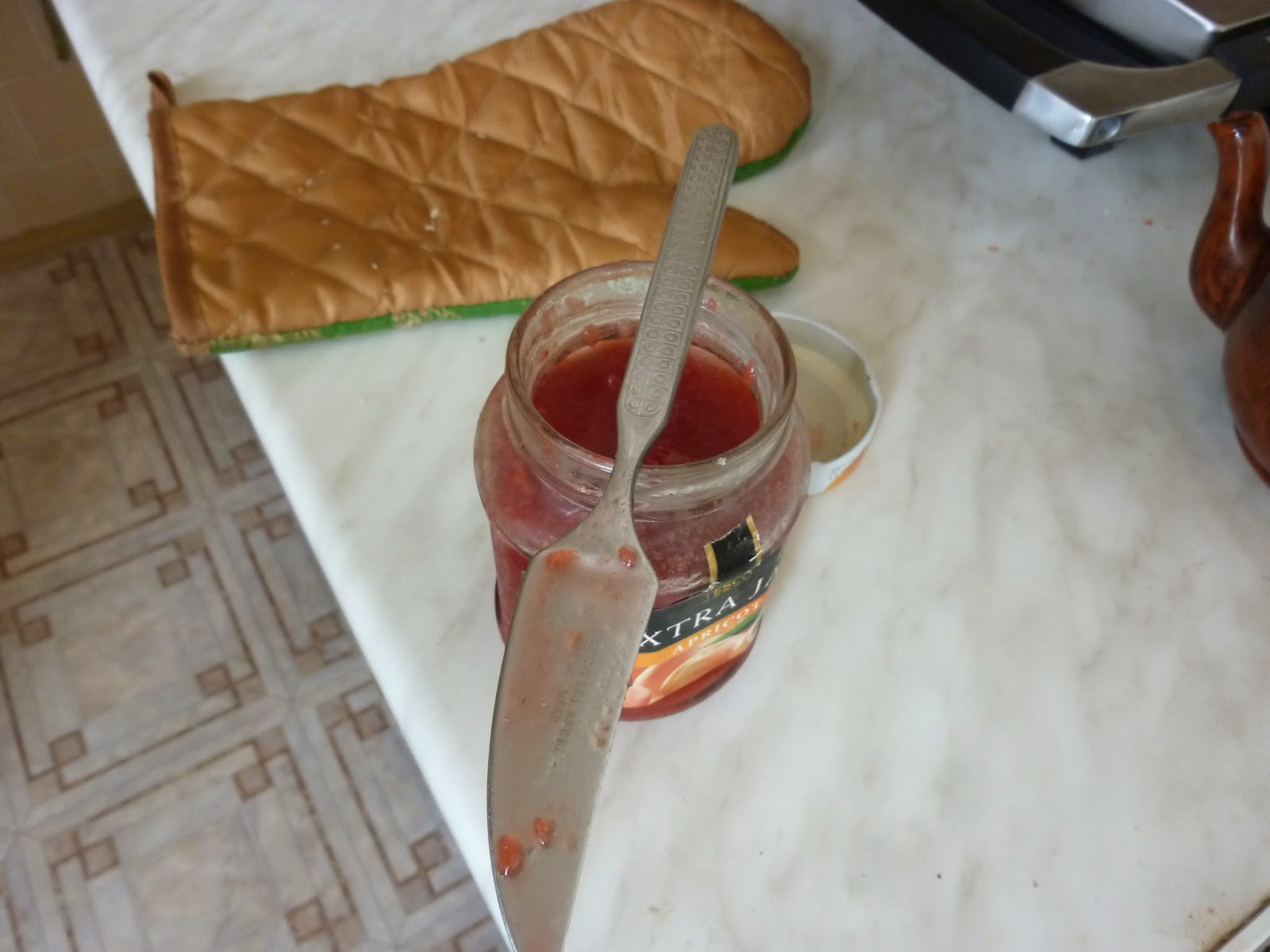 Posted by Unknown at 6:45 PM No comments:

Tourist for a day!

Dear Everybody,
This week was just the greatest. I am going to go to list form, because I NEED SPEED.

1. This week we went group tracting with the sisters here. Super fun! and we found some really cool people. This leads to story number two.
2. We have an investigator in the area we were tracting. We hadn't been able to call him, so we decided to stop by. He invited all four of us in and asked us to help pick cherries in his garden. IT WAS MAGICAL! Such a cool moment. I loved it. His garden is beautiful. I was so much fun.
3. This week we also were tracting and a guy just let us in, no questions asked. We began talking to him and it turns out that he is pretty much the coolest guy in the world. He is so cool. I want to be friends with him so much! He is super cool. I am so excited to go back to teach him!
4. This week was Amanda's birthday! S/O! Hope it was a great birthday!
5. This week we did a lot of tracting, and this week we had probably the rudest Hungarian encounters of my life. Usually Hungarians are very nice, but this week, they were not so. So we were ringing doorbells in this building and this lady comes out and says, "Sorry, but you need to realize that if no one is answering, no one is interested and you should just give up and leave." Okay, jerk. When did the world elect you as primary downer? LOL. Mostly it was funny, but like, people should not be rude. Jesus said love everyone, even those people that knock on your doors. So let's try to love everyone, cool? Cool.
6. Our investigators are doing super stellar. This week we had a cool program with a guy. We basically just were like, Bro, why are you not baptized? And then it was cool, because he was like, I know I need to get baptized, I just need to make the decision. This sounds weird and vague, but it was progress!
7. This past Monday was a national holiday and one of the coolest members ever, took us to Pest! We got permission from President and we went to an Airplane Museum and then saw some of the Pest sights, it was so much fun, but also SO HOT AND SO EXHAUSTING. But I had the best of times feeling like a tourist. LOL.

This week was great and this upcoming week just looks so good. I am excited. I as so excited for it all. Do good things you guys! I love you so much!
Sok szeretettel,
Neely Elder. 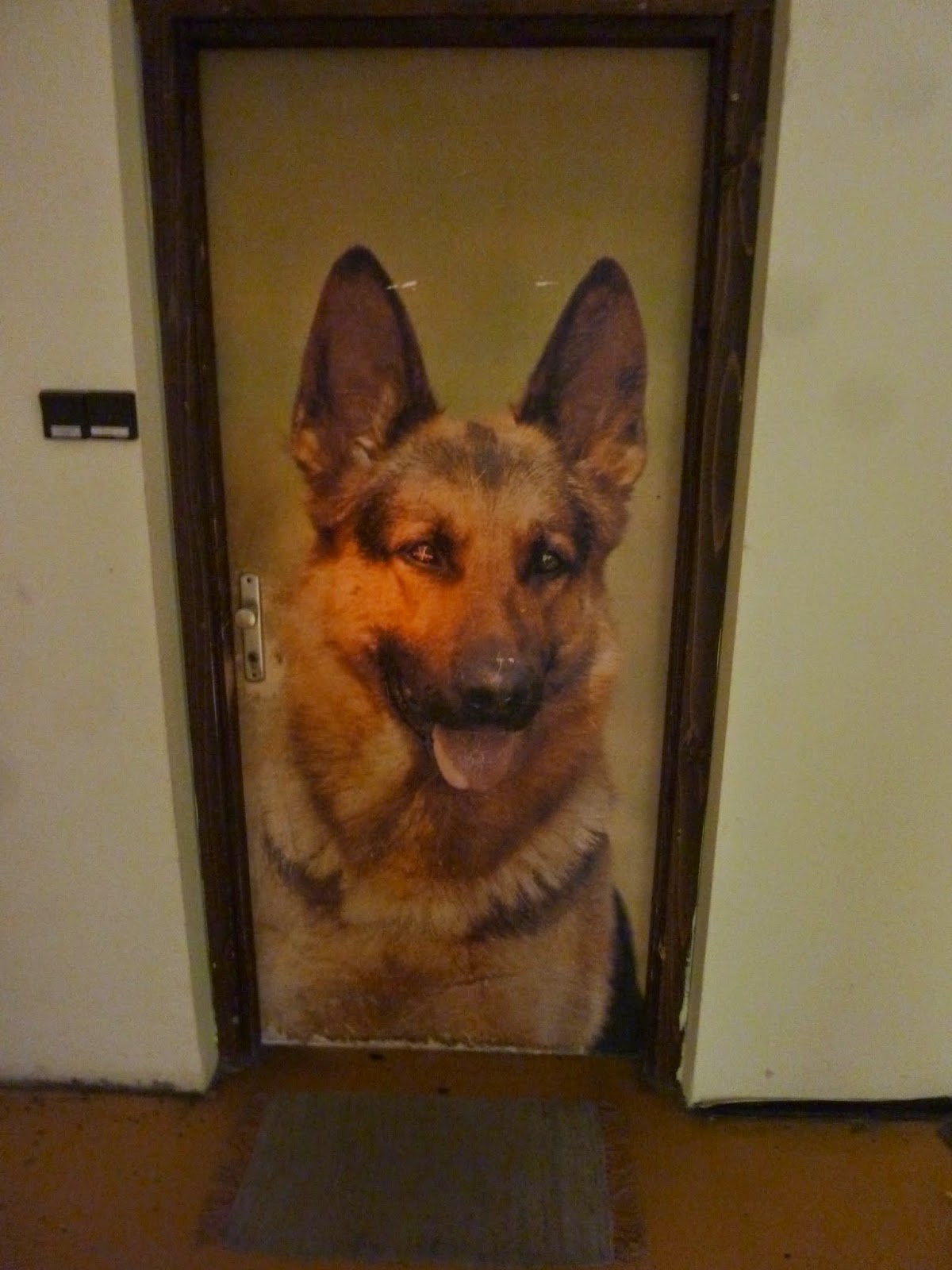 Posted by Unknown at 7:24 PM No comments:

Hello everyone,
This will be a short email today sorry :(
Okay, as for this week. Hmmmm. Cool things: This week we moved! The apartment is way better. I love it. It is literally like a 30 second walk away from the Branch house and it has AN ELEVATOR. Praises be given. It is the best. We also got to hang out with the Bagozzi's a little bit. They are super cool.
This week I also gave my first District Meeting! It was scary, but super fun :) I have a stellar district! They are the greatest.
Well, this week was good. We worked our butts off, and continue to do so.
Sorry this is so short, but not ever enough time. I am doing well. I love this city. I love the people. I am blissfully happy. Thank you all so much for all your love and support. Seriously, that is so real. I love you all so much! You guys are the best! I love you.
Neely Elder.