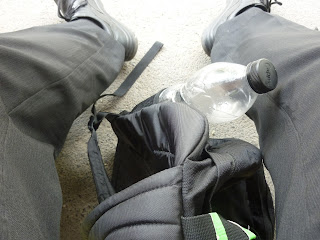 This week has been absolutely amazing. Like...I don't even know. Okay. Also, can we take a second and realize that my first transfer is almost over? Holy Crap! Also, so this transfer is six weeks long (that is the usual transfer length), but since the announcement and the changing of the length of time in the MTC, the next transfer will be five weeks, then ten weeks, then nine weeks for the rest of the time! It will be super fun. I am stoked for it. I also figured it all out and by the time I finish the first nine week transfer, I will have been on my mission for almost 10 months! weird right? I am tripping out.
Okay, so to mix things up a bit, I will not write in list form! Hahaha! Diversity!
So, this last P-day I got my first Hungarian Haircut. I was actually super nervous because-as I was walking into the Fodrasz (salon)-I realized I have no idea how to talk about hair cuts in Hungarian! It was pretty terrifying, but it worked out okay and it looks pretty nice I think. There was this terrifying part where she pulled out a legit razor (like...1800s razor), but all was well. I did not die :)
This week, I used my last tide pod :( It was a sad day...BUT I found some other detergent in our apartment that works fine so all is well :)
Last P-Day I went to a music store that is just in the middle of town. It turned out to be just a lone older man and he ran this little violin making/restoration shop. It was BEAUTIFUL. He acted just like I thought a violin maker would and he was just super nice and the place smelled glorious and it was just really cool to see. However, I did not get to play a violin. Yeah, I have been craving playing on a violin hard core for the last three weeks.
One day, Mullen Elder and I were walking down the street and this man rode by on a bike and yelled at us, "FBI! CIA!" It was super funny. We laughed for a really long time.
So on Friday I went on splits with another Elder in Sopron named Corbishley Elder. He is super awesome. He is from England and we had a really good split. During said split, we went practicing some finding skills. So we went to this house and rang the doorbell. While waiting we could see inside these people's yard and there was a kid riding one of those little motorcycle things in a super tight circle. And he was just staring right at us going around and around on that motorcycle for like five minutes. Then he straightened out and came toward us. Then he stopped. And then he came forward again. Then his dad came out and told us he wasn't interested. It was super funny. We laughed quite a bit.
On Saturday we went Falu Blasting! A falu is a village and falu blasting is where we just go to a village and tract it all in a day. This time we went to a little place called Harka. The people were ridiculously nice. They all smiled and were nice to us even if they were not interested. One lady answered the question, "What is most important in your life?" with the answer , "Love." It definitely made my day :)
Our investigators are doing good. We are working a lot with them and they are really progressing. They are such amazing people. I care about them so much and I feel so blessed to be a part of their journey in drawing closer to the Savior.
It is humid here, but now I am kind of used to it, so it just feels normal, however, I have legit lost twenty pounds so far.  IT IS HOT. And we walk a lot, hahahaha I totes thought I would be gaining weight. I guess that will come during the winter :)
We haven't gotten a new senior couple yet, but some have come and been assigned to other areas though. One couple (now in Debrecen) is from the StG!! Hopefully, I will get a chance to talk with them :)
Also, I am going to be talking this week in church O.O  This will be FUN! I am slightly terrified, but our Branch is ridiculously nice, so all will go well, even if I butcher the Hungarian :)
Well, that is about it. I have a lot of pictures to send, so I will get working on that. I love you all so much and I sent everyone letters on Wednesday, so we will see how fast the post is here! I love you! I hope all is well!
Sok szerererrel,
Neely Elder